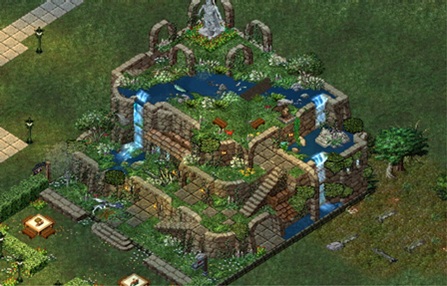 Electronic Arts and Mythic are proud to announce the 15th anniversary of the massively multi-player online role-playing game (MMORPG) Ultima™ Online. Originally released on September 24, 1997, Ultima Online is a fantasy MMORPG set in the legendary Ultima™ universe and was the first game of its kind to gain a dedicated widespread audience. To celebrate this occasion, the development team at Mythic has crafted a long running seven month story arc that will usher in a new king in an upcoming in-game event.

With 15 years under its belt, Ultima Online is a sandbox RPG that has truly evolved into a creature of its own. Players have 58 skills they can build in any way they want to become whatever kind of character they want, such as a warrior, mage, miner, lumberjack, among others. The player choice within the game is endless – players can engage in Player vs. Player combat, fight against the game’s many types of monsters or even just sit at a bank and talk to people.  The only element that holds players back is their own creativity and imagination.  To learn more about Ultima Online, the 15th Anniversary celebration and how players can become a part of this still vibrant community, visit http://www.uo.com.

“I personally have worked on Ultima Online for more than 13 years and I’m still inspired by our players and actually learn something new from them every day.  We truly have any amazing community who have been responsible for keeping the game alive for 15 years,” said Producer, Bonnie Armstrong.

Spanning over three decades, the fantasy world of Ultima has entertained millions of players from around the world with dozens of award-winning titles. The passionate and loyal fans of Ultima have braved perilous dungeons, faced off against fearsome enemies and creatures, conquered expansive lands and seas, and saved worlds. It’s time to revisit this enchanting universe and step into the shoes of your very own Avatar to find out where your choices will take you.

A very interesting aticle was written by the original Ultima Online developer Raph Koster, bringing some insights of the early days of the game.

Last not least we recommend to check Massively’s Twitch TV channel every evening until Friday at 5pm EDT (9pm GMT) when Beau Hindman explores the game again. You can find the recording of the first session including several members of the UO team already online.