The Forest of the Dark Champion Spawn is found after following an npc lead storyline at the outskirts of the Savage Clan Settlement in Central Ilshenar. 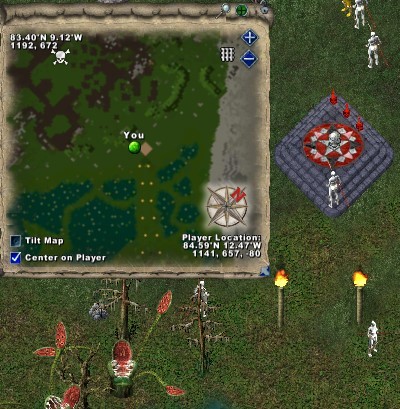 with the final champion, the Guide (images supplied by Larisa of Origin and Cinderella of Sonoma) 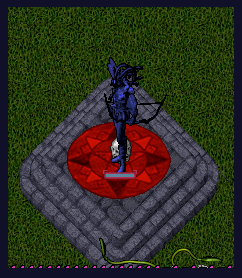 The reward drop from defeating the Guide was the First Aid Belt which was limited to one per account.

During the spawn ornamental figures in a variety of hues were awarded to combatants, tsuki wolf, zombie, mummy and lich.  These figures function as either a dartboard or an archery butte.

Note: arrows/bolts are recovered and archery buttes reset by standing by the butte with empty hands and double clicking.