Condemned houses go through six stages of decay which takes at least five days,
Like New -> Slightly Worn -> Somewhat Worn -> Fairly Worn -> Greatly Worn -> In Danger of Collapsing
When a house goes into the condemned status the house becomes private and all access is removed. Friend and Co-owner lists are cleared.
Houses with rental vendors become OSI owned and go through a cycle for the second time to notify vendor owners.
The house collapse timer appears on the house sign as it nears the “In Danger of Collapsing” stage. This timer indicates how long until the house collapses.
Information regarding the whereabouts of structures that are in danger of collapsing can be obtained by visiting City Trade Ministers. City Trade ministers will bark this information when approaching. 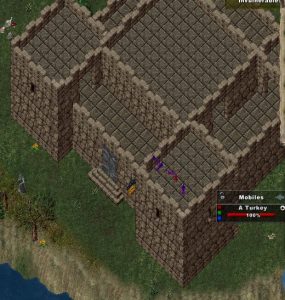 When the house drops the housing area is fenced off by a fence of grey barrels and the house contents appear on the ground. Items falling outside of the barrel fence cannot be picked up. 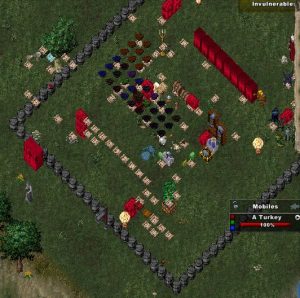 The contents of the house are packed into barrels within the housing area. 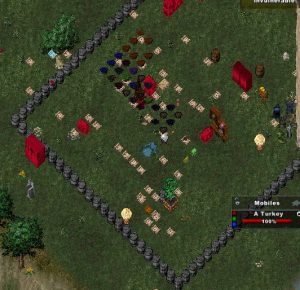 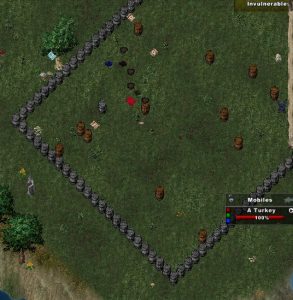 Once all contents have been packed away the fence barrels change color, becoming vulnerable to attack. Players are able to punch their way into the housing area for a chance to break into the barrels. All damage done to barrels is standardized and is not modified by skills or spells. 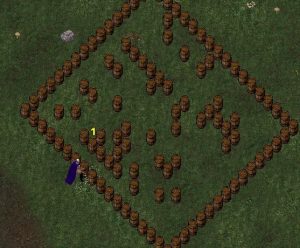 Barrels can only be attacked by non Endless Journey Accounts and players must be unarmed. Unarmed damage is the only damage that will break barrels. 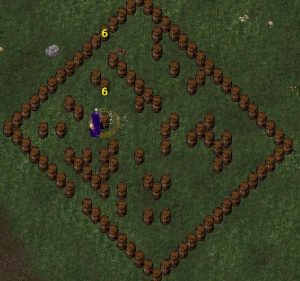 Players may not damage barrels unless they can hold 50 items and 100 stones in their backpack. Attempting to do so gives the following message

On successfully breaking a barrel the contents are transported directly into the player’s back pack, all containers are empty. Loot from destroyed barrels will only be rewarded to players that are within 2 tiles of the barrel.

Mounts and Pets are restricted from this area. The outer barrel fence will remain for one hour, house content barrels will remain until attacked or next server maintenance.
The following items will be deleted during house collapse