The Town Cryer is receiving unconfirmed reports that the leader of the Pirate’s Guild of Buccaneer’s Den is dead! While the Town Cryer cannot confirm these reports at this time, we can confirm the threat to maritime trade cargo remains. The disrupted supply chains have caused many Britannians to become displaced, and many refugees have flocked to the capital city desperately seeking supplies unavailable in their home towns. King Blackthorn, recognizing this growing humanitarian crisis, has offered a charter to an organization called The Fellowship. The Fellowship promises to strive for unity and serve the poor and vulnerable of Britannia by providing Fellowship Halls as places for meditation and respite. The first of these Halls has opened in East Britain. 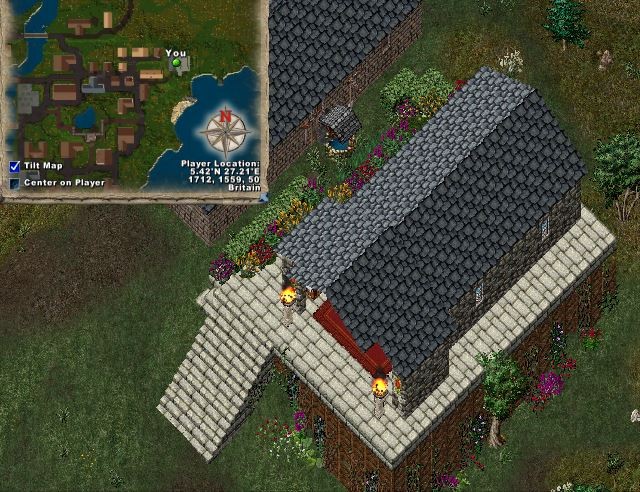 While some Britannians have welcomed the Fellowship and their uplifting message, others are wary and have taken to burying their most prized treasures. The Maritime Guilds chief cartographer reports treasures ranging from a small stash to a large trove have been found on monsters across the realm – no doubt snatched when their owners have met an untimely death. The Maritime Guild also reports the appearance of previously unseen objects found in these treasure chests. Ancient weapons, coin purses bursting at the seams, and new weapons among the few. When asked about other treasures, the Maritime Guild would not confirm the staggered reports of mysterious rock fragments found in some chests – no doubt a telling sign of their potential worth.

Welcome to the Fellowship Hall. It isn’t much, but we’ve been able to help the many refugees from across Britannia that Hook and his vile minions have displaced with their plundering w

ays! If you’d like to make a donation, simply drop your trade cargo in the donation box. With enough donations you too can become a member of the Fellowship!

Should you choose to make a donation the donation box can be found at the front of the hall, your cargo has considerable worth, greater than that paid by the black market pirate.  Rumor has it that very generous donations will be rewarded with copies of the items seen displayed on the box. The Fellowship Tome, a large black book, is pretty standard among those you have encountered, this one is authored by someone called Batlin. A notable passage reads, “Good morning to thee, gentle friend and traveler! No matter what time of day it might be when thou art reading this- no matter what the hour of the clock- I say good morning to thee because this very moment brings to thee the coming of the dawn. The dawn, as everyone knows, is the moment when illumination comes. The dawn marks the end of the long dark night. It is the moment that marks a new beginning. It is my humble hope that these words may be for thee a dawning, or at least, a sort of awakening…”

The mysterious fragments have been found to exist, but their purpose remains undisclosed at this time. 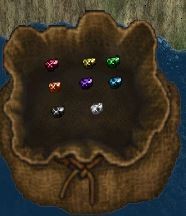