Camping allows a character to log out relatively quickly, as if you were at home or at an inn. The skill can be used to switch combat characters more quickly, as it ignores the combat timer, it can also be used for logging out on a ship, ship decks are apparently impervious to camp fire flames. It is a careful camper, however, who bears in mind that when returning to the world, he or she will be exposed to any hostile creature that may have wandered into the vicinity. Choose your campsite wisely.

The camp can be used by a group, each character will need a bedroll, but only one will need kindling to light the fire. Bedrolls are bought from NPC provisioners; kindling can also be bought from the same provisioner, it can also be crafted from boards or logs using fletching tools (no skill points required) or cut from a tree using a bladed weapon, though not any form of axe or hatchet. Using an axe or hatchet will instead give a message suggesting you equip it to chop wood.

Less obvious sources of bedrolls are from the Heartwood elves, through use of the begging skill, or the stealable Wrong artifact, blanket of darkness 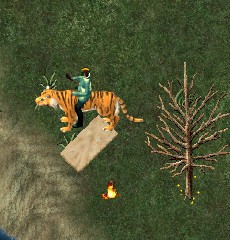 To make camp double-click the kindling, either in your back pack or on the ground, until it ignites. This will place a campfire at your feet. All characters within a 7 tile radius of the fire will hear the message “You feel it would take a few moments to secure your camp”. This marks the start of a 30-second timer and is the reason this method is described earlier as ‘relatively quick’.

Any character who steps too far from the fire will see the message “You have left camp; it may not be safe to log out”. This message persists from the time the fire is lit until it goes out.

Logging out can be done when you see the message “The camp is now secure”. Place your bedroll on the ground and double click it to unroll it; a second double click rolls it back up and triggers a system message: 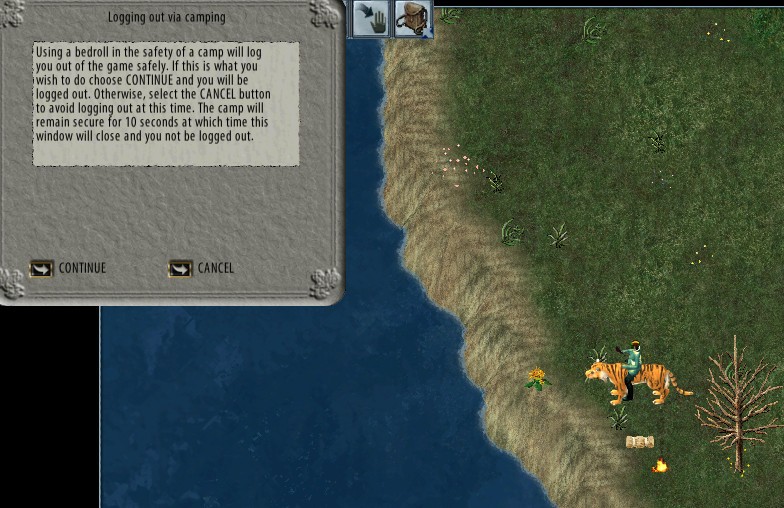 Click “continue” to log out; you will not be returned to the log in screen, but instead simply receive a “connection lost” notification. At this point you will notice the bedroll has disappeared. It will be found in your back pack when you log in. 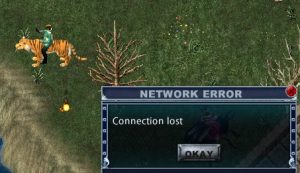 This final image is provided by an observer, showing the campfire still burning, but no character in sight. The final message, seen only now by the observer, is “The fire is out, The camp is no longer secure”. 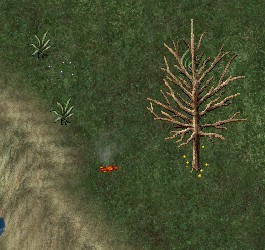 Skill level impacts only the length of time it take to successfully ignite the kindling; it is not lost in failed attempts. While at 0 skill it is almost impossible to succeed, the human, 20 skill JoaT level is sufficient with a little patience.  Higher skill does not reduce the delay required for the camp to become secure nor increase the 7 tile radius of the fire’s effect. GM skill has little benefit other than the skill title ‘the explorer’ that it imparts.