Halloween approaches, the seas have become a more dangerous place and treasure hunters should beware, creatures have become Soulbound! 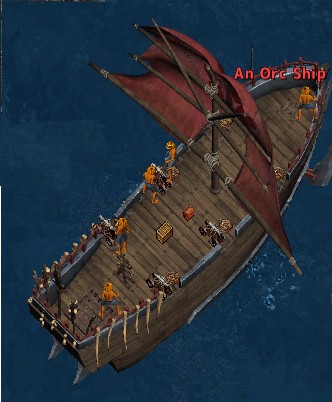 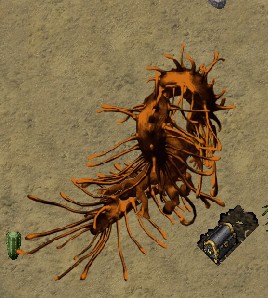 Help is at hand, use a soulbinder to capture these souls take them to the Fellowship, they will reward your endeavors

All Rising Tide creatures, including Corgul, Scalis, and Charybdis can have their souls bound into ethereal soulbinders. Treasure map guardians too have been tainted, though creatures appearing with them, that can be tamed, have managed to avoid it, and are not soulbound.
Soulbound creatures will be identified via an orange hue and the “Soulbound” item property.

Soulbinders are crafted using glassblowing skill, and require a special ingredient, ethereal sand. Large quantities of this can be collected from Corgul the Soulbinder upon his death, a quantity of this bounty will also appear in Minoc where it can be purchased from the Mining Co-operative, though quantities are limited by account.
The Mining Cooperative vendor will restock anytime Corgul is defeated 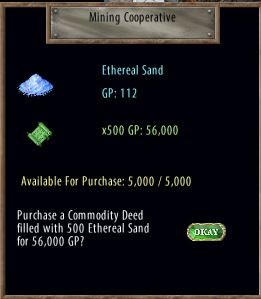 The Soulbinder must be in main pack, and will change color as it fills with souls. A sea creature’s soul, if captured in an empty soulbinder, will turn it black, a meager soul, the further levels are:

It takes a lot of sailor’s souls to raise a legendary soulbinder to mythical, but a pirate’s soul is stronger and can fill an empty binder completely.

If you have taken up the charge of cleansing Britannia’s souls of the vile evils that plague our society, you may deposit the soulbinders in the chest here for cleansing by our Adepts.

This individual will add to his inventory over time. The following items will be available on a timed release throughout the run of Forsaken Foes (prices will be added as the items become available)