Immense power surges through the creatures in Khaldun!  From whence it came remains to be discovered, but a means to combat this power has been found!

Caddellite raw materials can be obtained via mining, lumberjacking, and fishing.

Caddellite raw materials can be harvested in The Lost Lands with special Caddellite infused harvesting tools for sale by an NPC vendor outside Khaldun in Trammel (or Felucca on Siege Perilous).

There is a chance to recover a rough meteorite while harvesting.  Rough meteorites can be refined into one of several styles of polished meteorites using an oil cloth.

Metal weapons can be crafted with Caddellite materials for melee battle against the creatures in Khaldun.

Wooden weapons & spellbooks can be crafted with Caddellite materials for melee, ranged and magic battle against the creatures of Khaldun.

Caddellite Crafting can only be performed at the Khaldun Camp site.  The camp site has a full complement of crafting and adventuring services.

During the months of October & November a new terror has befallen the Dungeon Khaldun!  Creatures killed in Khaldun have a chance to drop an “Artifact of the Cult.”  These artifacts can be turned into the Artifact Trader to redeem rewards.

Throughout Khaldun these treasure troves can be found to reward the discerning rogue with a number of premium rewards including,

Khal Ankur and the mysterious forces summoning him have established Khaldun as the center of their power.  Battle against waves of enemies to claim valuable “Artifacts of the Cult”.

Felucca Only – during the duration of the Treasures of Khaldun, 4 of the 6 powerscrolls created will be guaranteed 120 level scrolls.  The remaining scrolls have a random chance as they would normally.  Scrolls from the Khal Ankur champ spawn will be shard bound and cannot be placed in a scroll book.

In years past players have been able to spend reward points from the Treasures of Halloween in each successive iteration of the event.  We have received feedback from players who feel allowing this caused those players who either banked the previous year’s points or artifacts were able to claim the most recent rewards, sometimes before the event dungeon is even open, without participating in the actual event.  To compensate for the surplus of points, we would have to increase the cost of rewards for the Treasures of Khaldun.  We felt this wouldn’t be fair to those participating for the first time so instead have made the following changes,

Players unfortunate enough to experience death during the months of October & November may find their zombie skeletons terrorizing the cemeteries of Britannia!

The Butchers are once again terrorizing cemeteries!  New styles of carvable pumpkins and jack o’ lanterns are available! 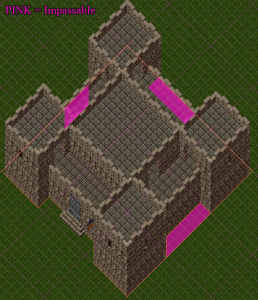 As of Origin, Izumo & Baja Release,

The following issues have been resolved as of the latest TC1 publish – huge thank you to everyone who has taken an early look at Publish 101 and provided amazing feedback!

Customizable Keep & Castle Contest voting has been completed!  Keep an eye on UO.com for the final selection of winners from the top 40 chosen by the players!  You can read more about the tool and contest here.